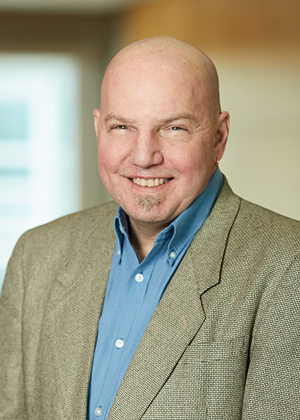 B.F. Francis Ouellette was the associate director of the Informatics and Biocomputing platform and a senior scientist at the Ontario Institute for Cancer Research (OICR) in Toronto, Ontario. Before his move to Toronto in 2007, Francis was an Associate Professor in the department of Medical Genetics at UBC and Director of the UBC Bioinformatics Centre (UBiC) at the Michael Smith Laboratories. Francis was trained at McGill University (undergraduate and graduate studies), as well as the University of Calgary and Simon Fraser University (graduate studies). After working on the yeast genome sequencing project at McGill University, he took a position at the NCBI as GenBank coordinator from 1993 to 1998. Francis currently holds a position of Associate Professor in the department of Cell and Systems Biology at the University of Toronto.

His work at the OICR involved bioinformatics training, as well as biocuration and management of cancer genomic data. He plans to continue his bioinformatics training work with bioinformatics.ca at Génome Québec. Since his work at the NIH, coordinating the largest Open DNA sequence database in the World (GenBank), Francis has been dedicated to ensuring openness of Science: the data it generates, and the publications that report them. Not only through his work, but on the various advisory boards and editorial boards he serves on: PLOS Computational Biology Education Editor; Associate Editor for DATABASE, an OUP Open Access journal; a number of NIH-funded Open Source and Open Data resource projects: The Saccharomyces Genome Database SAB member, the Galaxy Project SAB member, The GenomeSpace advisory member; the Human Microbiome Project advisory member. Francis is also on the Elixir-Europe SAB. Francis, until his position at GQ, was on Genome Canada’s Science and Industry Advisory Council (SIAC) for the last 4 years.