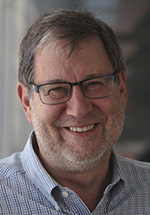 Professor Mattick has served on councils, advisory boards and committees of a number of research and funding organisations, including Genome Canada, the Wellcome Trust, the Human Frontier Science Program, the National Health & Medical Research Council, and the Human Genome Organisation.

He has made several seminal contributions to molecular biology, including delineation of the architecture and function of the fatty acid synthase complex, development of one of the first recombinant DNA-based vaccines, and genetic characterisation of bacterial surface filaments called type IV pili involved in host colonization.

Over the past 20 years he has pioneered a new view of the genetic programming of humans and other complex organisms, by showing that the majority of the genome specifies a dynamic network of regulatory RNAs that guide differentiation and development.

Professor Mattick has published over 270 scientific papers that have been cited over 24,000 times. His honours and awards include the inaugural Gutenberg Professorship of the University of Strasbourg, Honorary Fellowship of the Royal College of Pathologists of Australasia, the Australian Government Centenary Medal, Fellowship of the Australian Academy of Science, the International Union of Biochemistry & Molecular Biology Medal, the Human Genome Organisation Chen Award for Distinguished Achievement in Human Genetic & Genomic Research, and the MD Anderson Cancer Center Bertner Memorial Award for Distinguished Contributions to Cancer Research.